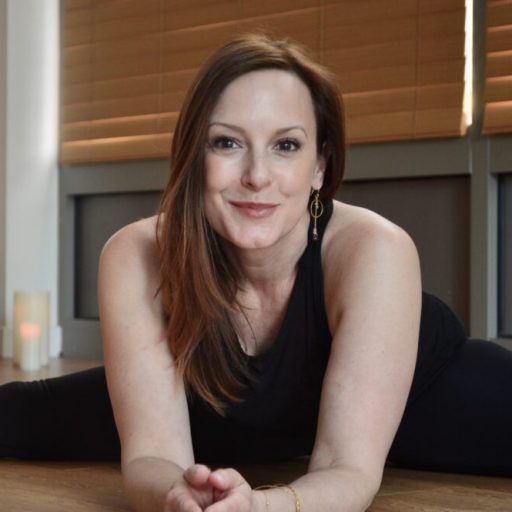 Founded in NYC by Sharon Gannon and David Life in the early-90’s, Jivamukti is a physical, ethical, and spiritual practice, combining a vigorous vinyasa-based physical style with adherence to five central tenets: shastra (scripture), bhakti (devotion), ahimsā (nonviolence, non-harming), nāda (music), and dhyana (meditation). It also emphasizes animal rights, veganism, environmentalism, and social activism. It is musical, spiritual, philsophical and has a high vibrational quality and no one teaches it better than Nicole Nichols!

Nicole (Narayani) is an internationally accomplished yoga teacher with over 24 years of professional teaching experience. She was born and raised near Cleveland, Ohio and received a B.A. from the University of North Carolina Chapel Hill. After 24 years in New York City, Nicole relocated to North Carolina and in 2013 founded Republic of Yoga, in Cary.

An advanced Certified Jivamukti Yoga teacher at the 800-hour level, Nicole served as a teacher and mentor at the Jivamukti Yoga School in Manhattan for 11 years. Additionally she completed a 6-year course of studies in Tibetan Buddhism in 2012.  She has been a presenter at Yoga Journal Conferences in New York City and Estes Park, Colorado, and has taught internationally in London, Prague and Munich, Spain, Greece, Mexico, and Costa Rica. On the Summer Solstice of 2011 she had the privilege of guiding over 2,000 yogis to stillness amid the hustle and bustle of New York City’s Times Square.

Featured in Vogue, the LA Times, The Huffington Post and The Wall Street Journal, Nicole is proud to serve as an Ambassador to the Durham, NC lululemon athletica store. Her classes incorporate meditation, mantra, breath and alignment awareness, choreographic sequencing and hands-on assists, with a modern spirited take on ancient yogic philosophy.

with Steven Viellette, every second and fourth Sunday of the month, Cost: $35

The gong is a psycho-acoustic gateway to heightened states of awareness and consciousness. The overtones and undertones of the gong create a field of harmonics that stimulate the cells of our body to vibrate in harmony, restoring balance through deep states of relaxation. The sound waves and frequencies generated by the gong alter our brainwave patterns, moving us from high beta (waking state) to alpha, then theta and even into delta (deep meditative state). When this happens the sympathetic nervous system (flight or fight response) is turned off and the parasympathetic nervous system (rest and digest response) is activated, resulting in healing on a molecular level. In the beginning there was sound, then light, energy, matter, then more. Everything in the whole universe is vibrating all the time – even things that appear still, and even the cells of our bodies. Gong immersion invites us to tune in to the ways in which our own vibrations are a part of a much grander symphony of sound.